Of all the places I have visited in India and Europe during my 66 years, Ladakh stood out as unique mainly due to its spectacularly different and beautiful landscape comprising rocky and rugged brown mountains, with occasional snow-capped peaks and deserts. Combined with its delicious cuisine and the amazing location of Leh’s premier resort where I stayed with my wife and daughter for four nights the second week of July, Ladakh was undeniably one of my best vacations.

Day 1: A potpourri of sounds 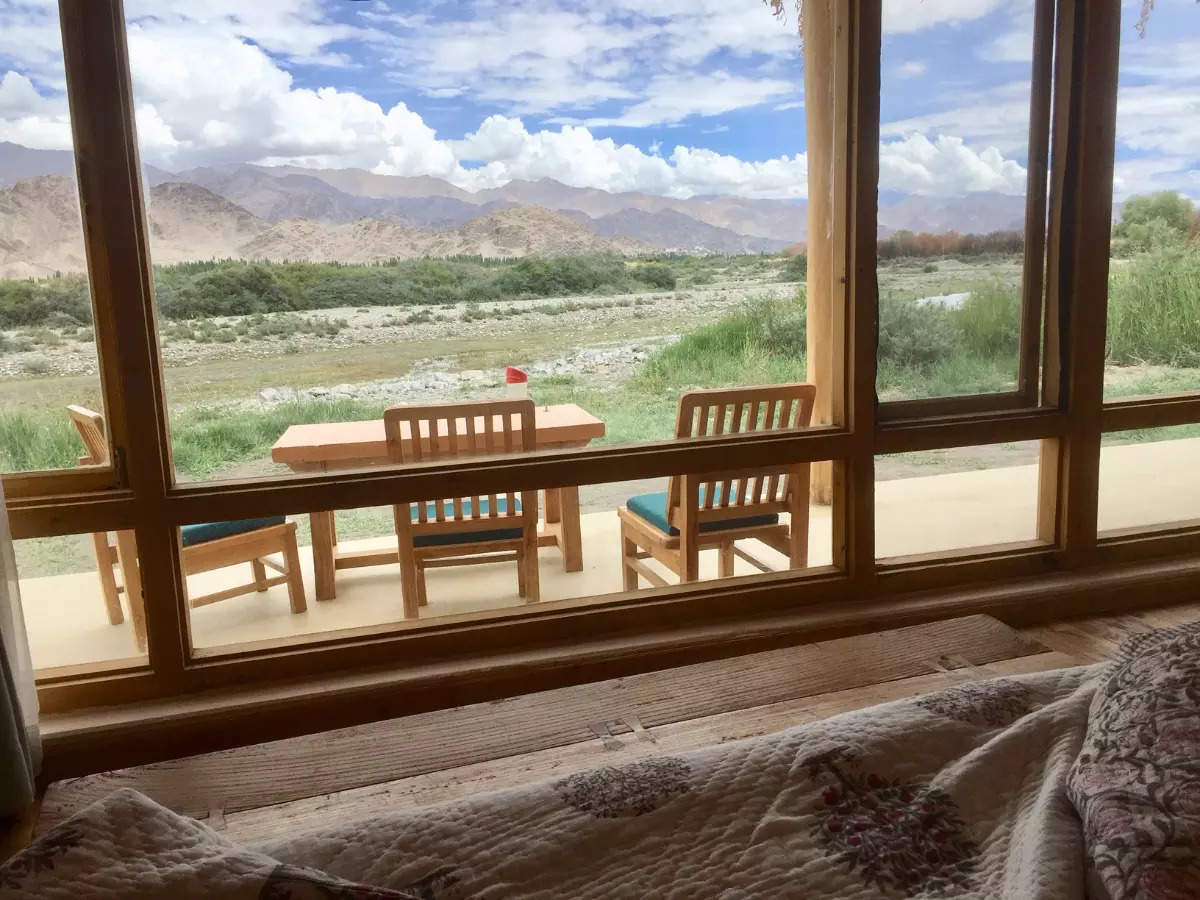 Surrounded by silent mountains completely devoid of greenery and gradually disappearing clouds, the afternoon of July 7th at this comfortable and perfectly appointed resort by the Indus River on the outskirts of Leh was a memorable sound feast. . The river, widely known throughout India as Sindhu, is a trans-Himalayan and transboundary river that is one of the longest in the world. Its mighty gush, the soft chirping, chirping and cuckoo-like chirping of birds and the constant ebb and flow of the cool wind on a hot sunny day were just some of the countless gifts nature provided here. These were punctuated by the solitary hum of a distant gong from a nearby monastery visible and the evening call to prayer from a nearby mosque, the ratatat motorcycles and the periodic horns of trucks on an unseen highway – and the occasional roar of fighter jets criss-crossing the peaceful skies and the buzz of IAF helicopters and transport planes – some of the “gifts” that civilization vied for to offer.

All in all, it was an unforgettable experience. 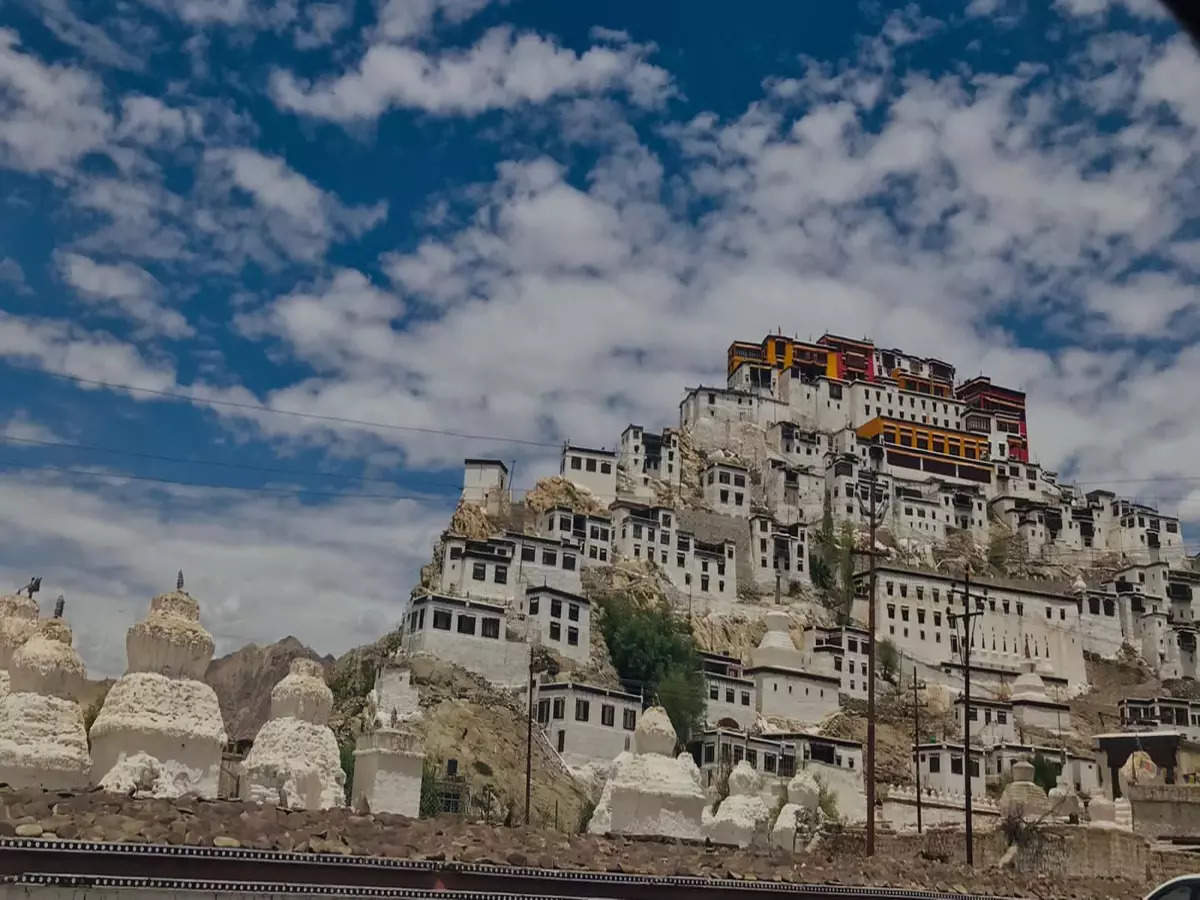 After four days in Leh, which included a trip to a 10th century monastery in the village of Alchi, 70 km downhill and a visit to the huge monastery of Thiksay on the outskirts of Leh, we depart for Hunder, 130 miles north. Hunder is located in the scenic Nubra Valley (Nubra means Valley of Flowers in Ladakhi) and can be reached via the famous Khardung La pass which was crowded with tourists taking selfies and photos under a yellow concrete slab announcing that we were at “the highest in the world”. motorized pass” at 18,380ft. The highest is now Umling La, also in Ladakh, at 19,000ft. Cheerful tourists could be seen frolicking in the snow and taking more photos along the mountainside at Khardung La . 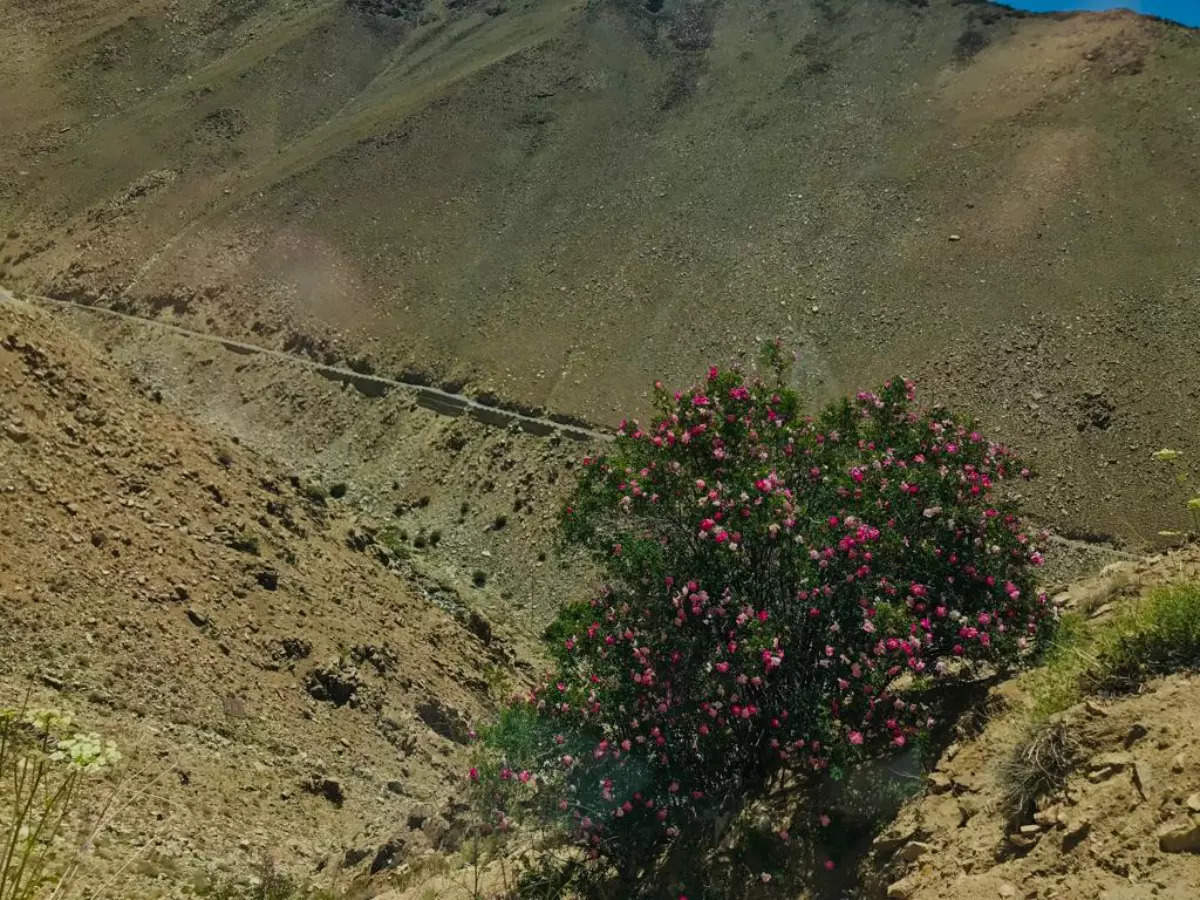 We reached Hunder after a spectacular five-hour drive, sometimes slowed by convoys of army trucks carrying men and supplies to the Siachen border (Sia means wild rose in Ladakhi and Chen is the place). We were lucky enough to see bouquets of orange-red wild roses along the road through Nubra. 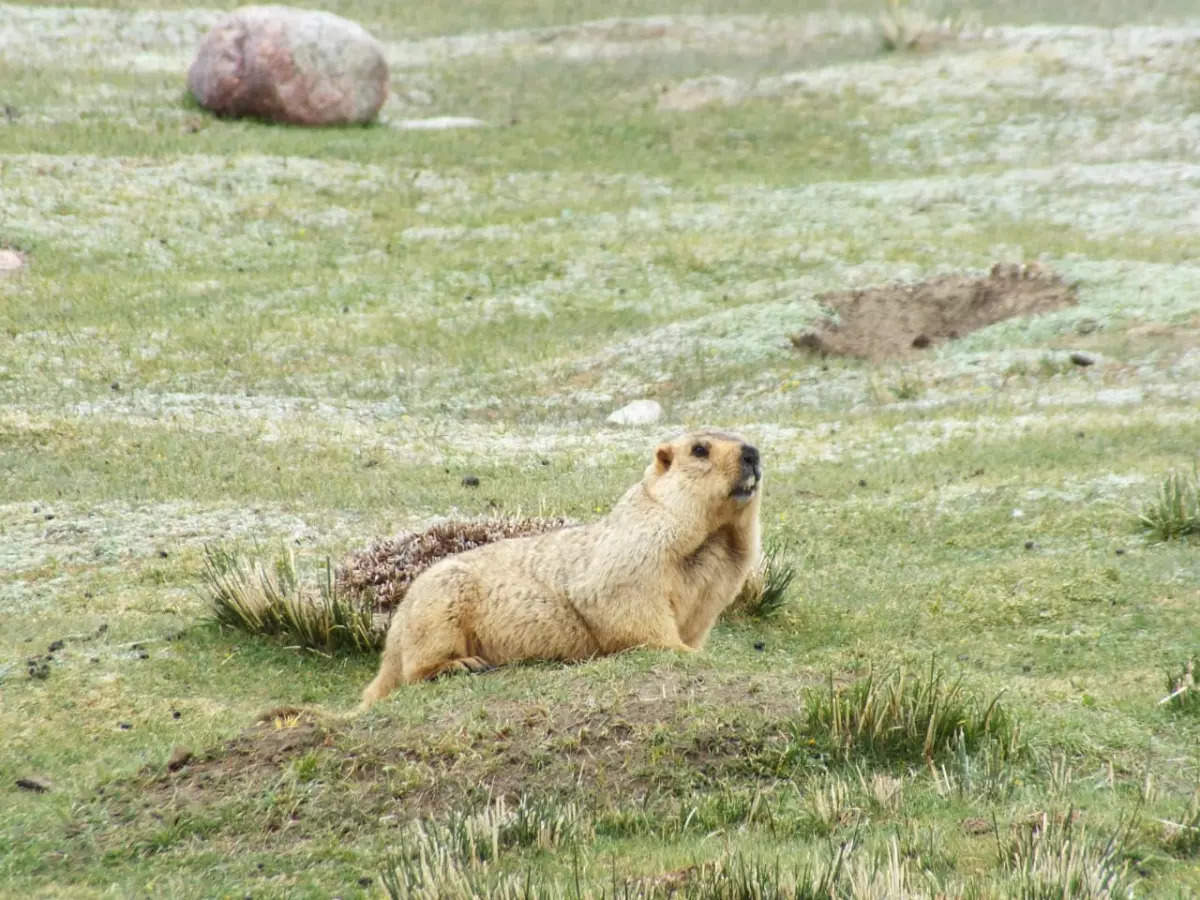 After some great views of the mountains, especially the majestic snow-capped peaks of the Karakoram range which divides India, Pakistan and China, and stretches into Afghanistan and Tajikistan, there was plenty of beauty and of exaltation to come. This includes the sighting of the Himalayan marmot reported by our driver, Iqbalbhai, who was a wildlife spotter before driving full time. The sand-colored beaver-like animal is one of the few mammals living at such a height. It goes underground six months of the year and surfaces for grassy food and lazes most of the remaining year.

Incidentally, the village of Khardung is located at least two hours from the pass (La) and is at an altitude of about 13,000 feet. It is mostly green with fields of wheat and small patches of mustard this time of year. One can see the few ruins of the small settlements of South Pullu and North Pullu which were used by traders on the Silk Road centuries ago. 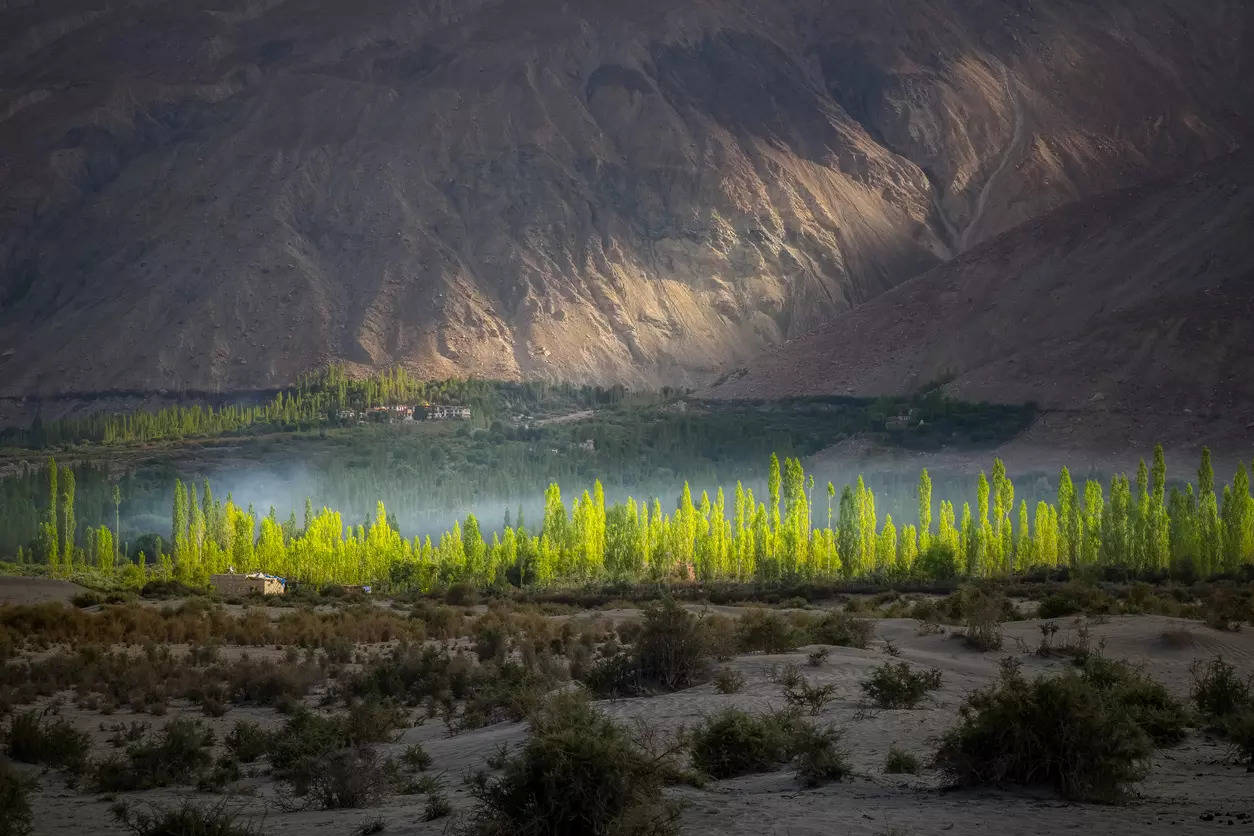 The evocative Silk Road or the Transeurasian caravan trade of not only silk but also yarns, spices, pack animals and exotic items like ivory and rhinoceros horns remains embedded in the Ladakh landscape through the ruins of pullus or the shelters of these intrepid travelers and the narrow and dangerous paths winding through the mountains once traveled. The routes stretched from China to Central Asia, northern India, the Parthian Empire and the Roman Empire until perhaps 200 BC. It had woven together diverse and complex societies, economies and states, especially from Central and South Asia, and enabled a mixture of cultures and ideas, especially related to Hinduism, Buddhism and Islam. , but was later eclipsed by Europe’s “discovery” of colonized sea routes and profits. 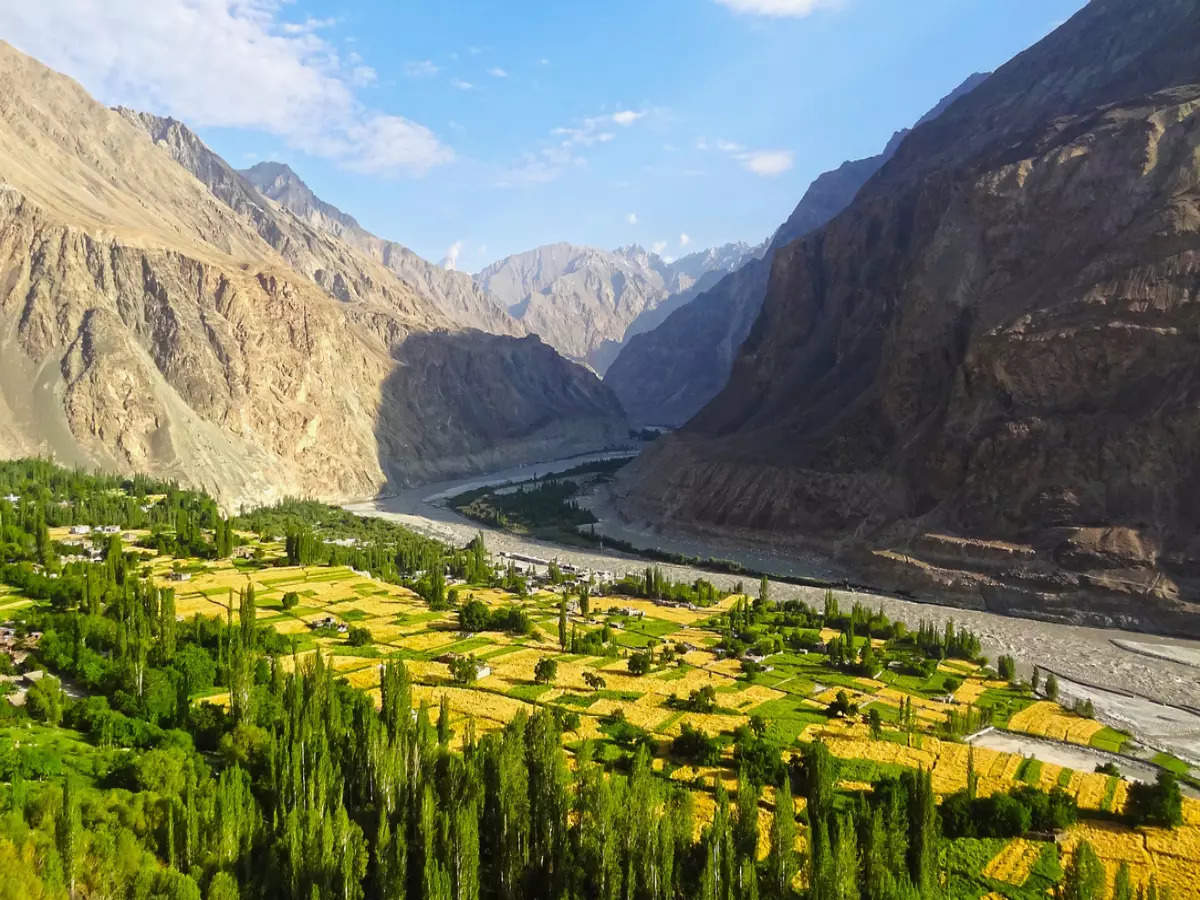 The morning after a night’s rest in Hunder, we were on our way to Turtuk, 77 km to the north. Turtuk is inhabited by around 3,000 Balti Muslims who became Indians after the Bangladesh War in 1971, when New Delhi annexed what had previously been Pakistani territory. Opened to tourists in 2010, Turtuk is now a bustling tourist destination due to its proximity to Thang, the last Indian village on this part of the border with Pakistan. The two and a half hour drive to Turtuk was breathtaking. The winding road through the desert with the mountains towering nearby and the mighty gray Shyok River flowing below was one of our most wonderful experiences. It was also a pleasure to ride the beautiful roads built and maintained by the Army’s Border Roads Organization (BRO).

A brief stopover for brunch in Turtuk and we were on our way to Thang. Hordes of tourists could be seen posing for photos in front of a huge sign proclaiming Thang’s “unique” location. A group of middle-aged men and women shouted “Bharat Mata ki Jai” as they posed for photos even as a few silent balti men and young women with white beards sat under a tent offering to take photos of tourists dressed in traditional balti clothes. An enthusiastic young man posed happily for a photo under a poster highlighting the tragedy of the war, stating that the division of the twin villages of Pharnu (now in Pakistan) and Thang (in India) caused the separation of the husband of his wife, brother brother, sister sister and so on.

The army bunker settlement of Pharnu and Pak can be seen from a distance on this side of an accordion wire demarcating the border. Other tourists were happily eating at the popular Thang restaurant, describing itself as a “pure vegetarian Jain restaurant” which opened a year ago shortly after Thang was allowed access to tourists. When I asked the driver Iqbalbhai who this Jain was, he said wryly, “The owner is a local Balti Muslim from Thang”.

It turns out that the Baltis are mostly vegetarians but eat meat occasionally, usually during the harsh winter when this place is covered in snow. Their signature dishes include kesir (buckwheat pancakes) and moskot (chopped walnuts, onions and green chillies in a nut mash) and thenthuk – a Balti version of the Tibetan thukpa which is a clear soup with chopped vegetables and noodles . We had the elder and kesir tsamik (raita with a chopped lavender-like plant) at a Balti vegetarian restaurant in Turtuk before heading to Thang.

Gilgit-Baltistan is a multilingual region of ethnic diversity, surrounded by the Hindu Kush and Karakoram. Ladakh has historical ties to the Balti people: one of its kings had a Balti wife and a Dogra king, having conquered parts of Ladakh and Baltistan, apparently settled Baltis in the region to make the most of their gardening skills. During the traumatic partition of 1947, Gilgit-Baltistan, which was part of the former princely state of Jammu and Kashmir, was integrated into the border of Pakistan, touching India, Afghanistan and China. Many Baltis are also followers of the 15th century Sufi mystic, Nur Baksh.

Meeting with a young Balti During my stay in Turtuk, famous for its apricots, I spoke with a young Balti student. Asked about social life in his village, he replied: “Relations between Buddhists and Muslims in Ladakh are very good even though our language, culture, food and clothing are completely different.”

Asked about life in Turtuk after 2010, when the UPA government opened the place to tourists, he said: “There was prosperity but at the expense of nature due to the pollution that accompanied”. After 2010 tourists had visited Turtuk so see the metal fence that marks the LOC with Pakistan far below in the dry river bed but after the Modi government took control of Ladakh in 2019 tourists are have made it to the border. Thang village.

Speaking of the older generation’s experience of separation from loved ones after the 1971 war, the young people said: “My father’s cousin was only nine or ten years old when he went from Turtuk to Karachi for school when the war broke out in December 1971. He couldn’t come back.”

It was only after decades that the cousins ​​were able to meet in Delhi. “As for me, I contacted my cousin whom I recently met by chance via social networks”, said the youngster, hoping to meet him one day. 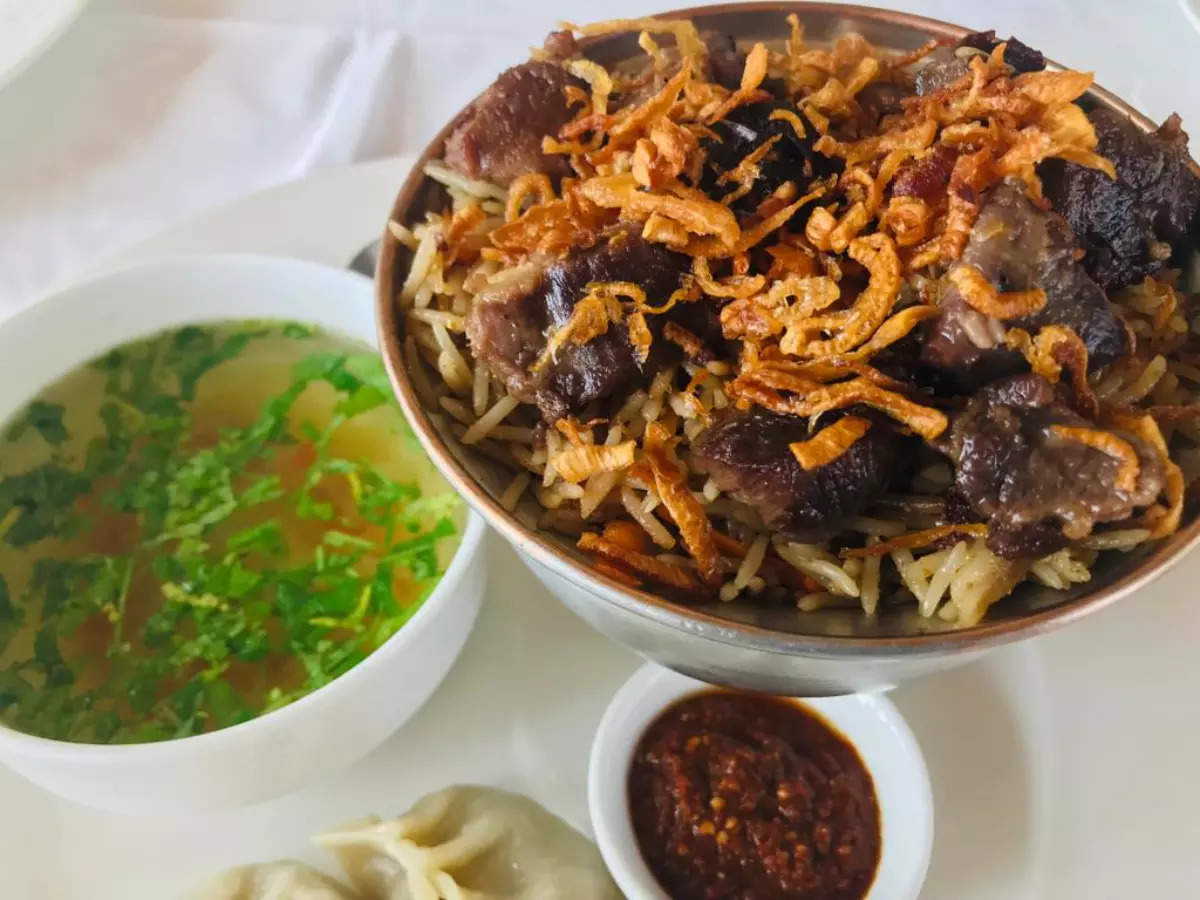 After two days in Hunder, we were back in Leh, where we ate at an excellent Ladakhi restaurant located a short distance from the city’s main market. The first day we went only vegetarian food was offered as Buddhists were observing Guru Purnima. So, we ate Yarkhandi paneer pulao and Cho-tagi, a vegetable broth and an apricot cheesecake. All three courses were so delicious that we booked a table for lunch the next day to enjoy their meat dishes and we were glad we did.

Gyuma mutton sausages, served with two hot sauces and khambir (buckwheat roast), were delectable. The Yarkhandi mutton pulao with mutton momos and yakhni was superb. And the thick mutton stew, Sha-spak and Tingmo (bun) was a delight. For dessert we had Phating – apricots soaked and boiled in their own juice. All these were preceded by apricot juice, lime water and Coke and the bill was Rs 2,436.

When Rini thanked the Ladakhi owner for her best meal in Ladakh and one of the best in her life, the elegant lady beamed, crossed her hands on her chest and exclaimed “Oh my God”.

We came away full and determined to visit the restaurant again on our next trip to Ladakh.

Denigrate Chatterji – The writer is a Delhi-based retired journalist. He last worked as Deputy National Editor of the Hindustan Times and loves travel and food, among other things.