The world is aware of the current drought situation in Europe and it is not looking good. In the recent turn of events, a severe drought in a number of countries exposed sunken ships years old, threatening stones and several lost villages. Most of the mainland’s rivers and lakes dried up, which created a number of problems.

The continued drop in water levels has brought out some of the sunken treasures of yore and one of the most ominous things to expose are the ‘Hunger Stones’; why doom? Because these riverside stones warn of previous droughts for future generations. If the stones appear above the water, it means that difficulties await us.

A number of these ominous stones can be seen on the banks of the Elbe, which flows from the Czech Republic through Germany. A 15th century stone that resurfaced in 1616 also came out of the water. During this time, the inhabitants had written on the stone, “if you see me, cry”. 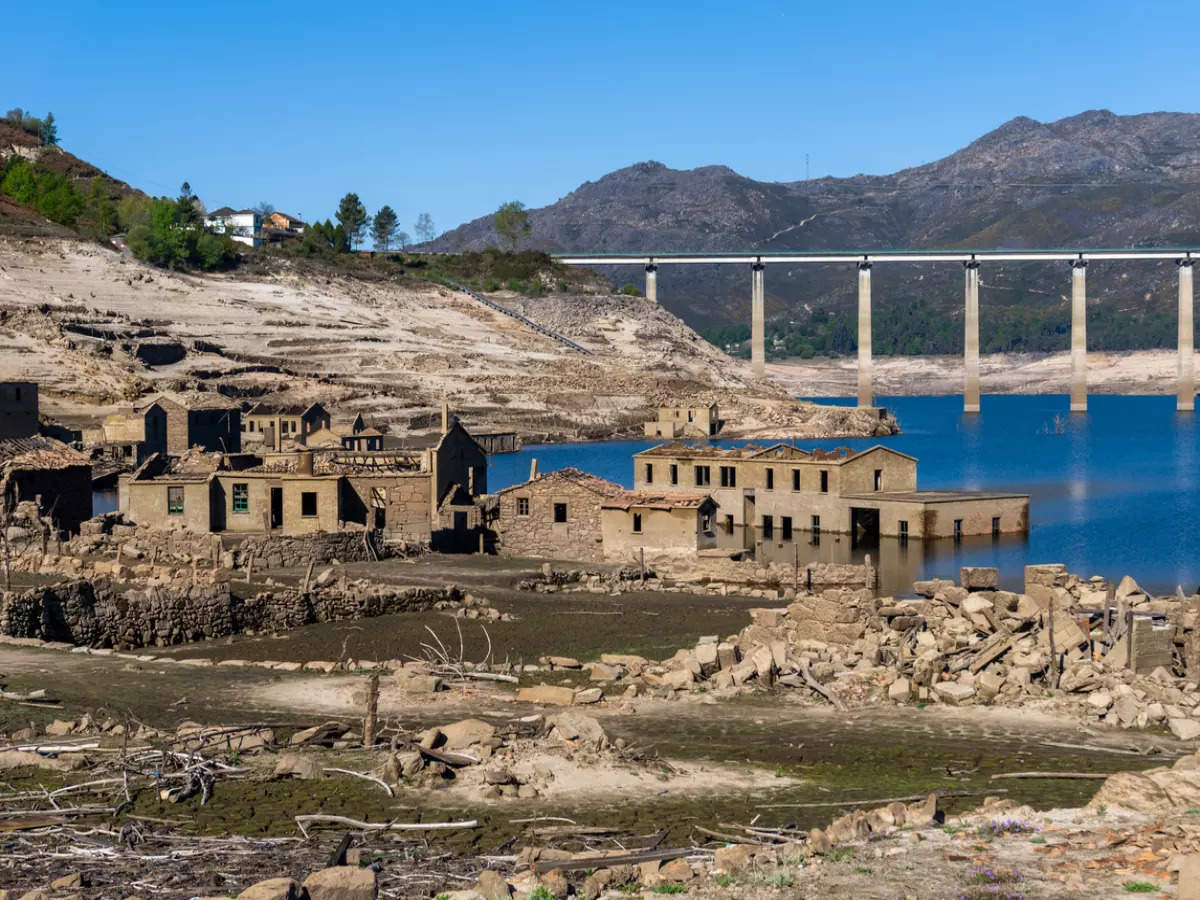 In Galicia, a lost village has appeared due to drought. The ghost town of Aceredo was sunk in 1992 due to a reservoir. In Swindon, England, 17th-century ghost gardens have sprung up in Lydiard Park.

On the other hand, in the Danube in Serbia, remains of World War II ships have been exposed. These ships, which were part of a Nazi fleet sunk in 1944, are still loaded with heavy explosives.

In the Po River in Italy, unexploded ordnance was found. As a result, nearly 3,000 people were evicted from a village as experts removed and detonated a previously submerged World War II bomb. Not only that, a sunken German barge from 1943 also emerged in the river.

In the Tiber of Rome, the ruins of an ancient bridge from the time of Emperor Nero (nearly 50 AD) have also emerged. More and more of the structure is visible each day indicating low water levels.

Another shocking revelation has been made in Spain, where the Guadalperal Dolmen (or the ‘Spanish Stonehenge’) has appeared in the Valdecanas Reservoir, believed to date back to 5000 BC! These stone circles were initially discovered in 1926. But, in 1963, the whole area was flooded.

With all these incidents of reappearing ghost towns, ships, gardens and rocks, we can only imagine how bad the drought conditions are in Europe.